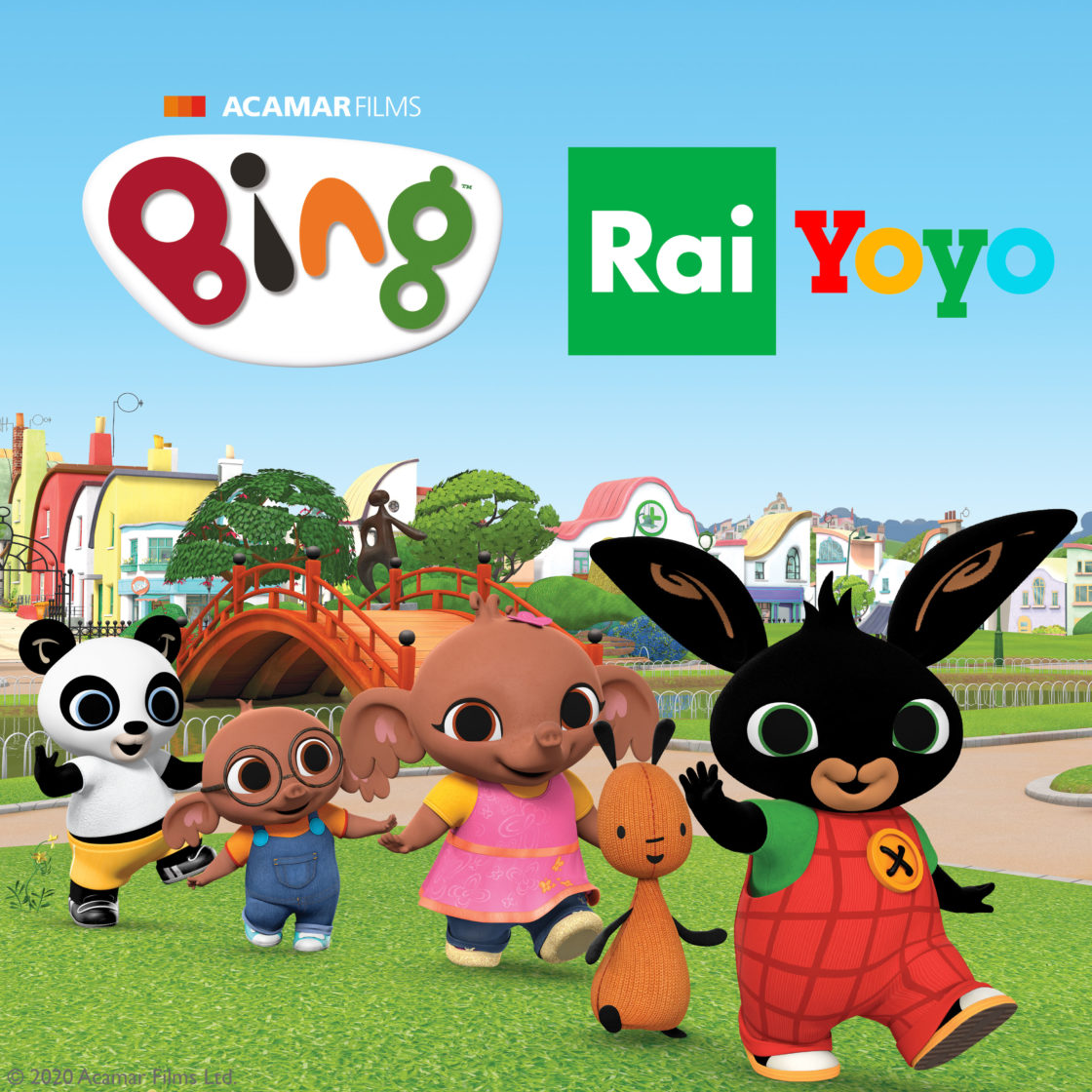 Bing – currently rated currently #1 on the Rai YoYo app – has enjoyed huge commercial success in Italy following its launch in 2018. This new deal further strengthens the partnership between Acamar Films and Rai, with an extenstion of rights for Bing Series 1-3, and the acquisition of Series 4. Italian audiences will be treated to the latest 26 episodes before the end of this year.

As part of Acamar Films’ multiplatform distribution strategy, Italian episodes of Bing are also available to stream and download (along with a suite of learning games and activities) via the recently launched Bing app ‘Bing: Guarda, Gioca, Impara’, and via Bing’s Italian language YouTube channel – which currently generates an average of around 30 million views each month.

Bing will continue to be available via Italian VOD platform TIMVision (who are currently producing Bing’s first ever sign language version) and on DeA Junior where it is the #1 show on-air. Bing will make its Amazon Prime Video Italy debut in October.

Annalisa Liberi, Head of Acquisitions, Rai Ragazzi, said: “We are very happy Bing’s principal Italian home continues to be Rai Yoyo, the leading children’s TV channel in the country. Our kids truly love and enjoy Bing, easily sharing the feelings and emotions that are part of growing up.”

Eroulla Constantine, Director of Sales & Distribution, Acamar Films, said: “Our latest deal with Rai confirms that Bing is as strong as ever and becoming a truly global evergreen icon. Having recently won ‘Property of the Year’ for 2019 at the Bologna Licensing Awards we know that Bing is a firm favourite among pre-schoolers in Italy. We hope to continue to strengthen our relationship broadcasters and digital platforms with our presence at MIPCOM Online+ in October, and are eager to connect with new partners.”

Produced by Acamar Films and Dublin-based partners Brown Bag Films, award-winning Bing has seen extraordinary success since it launched in the UK in 2014 and has now been licensed to 130 territories. Constantly working to expand its international growth, Acamar’s Media Sales team are currently looking for opportunities in untapped areas including Latin America and key Asian countries.

Acamar Films will be at MIPCOM Online+. Search for “Acamar Films” or use this URL if you have an event account: https://matchmaking.grip.events/mipcomonlineplus/app/profile/3921881 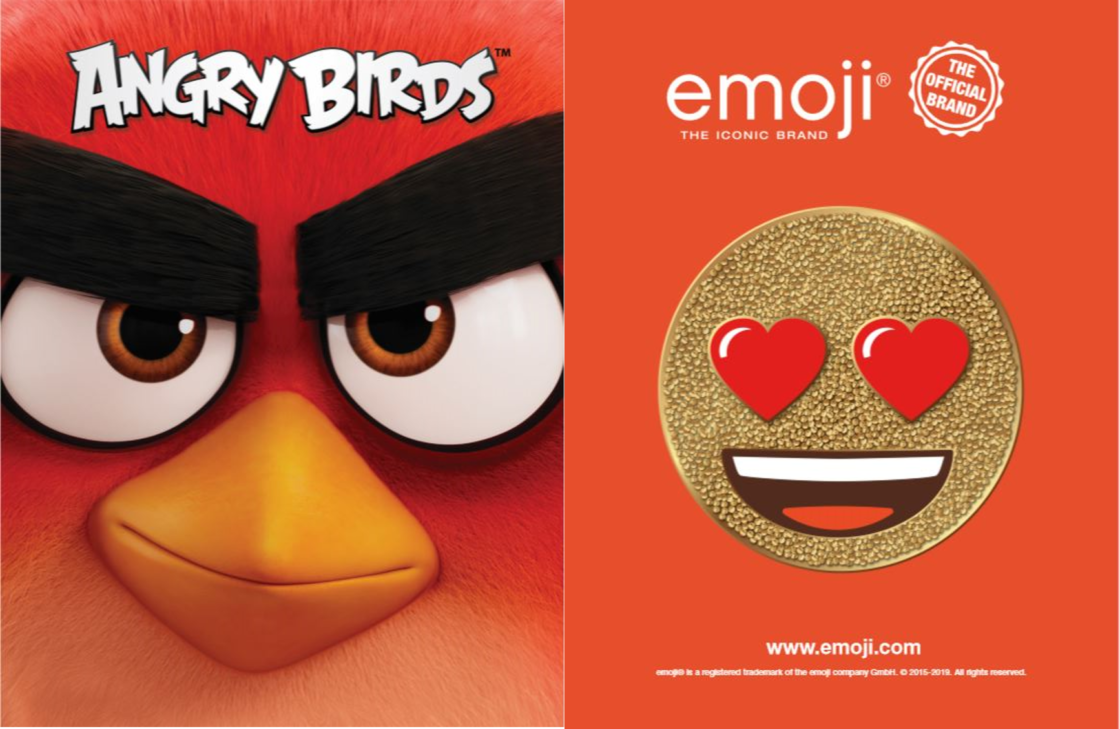 Maurizio Distefano Licensing has announced that the stars of the preschool animation hit Masha and the Bear will be the guests of honour during this, the 45th birthday year of Leolandia, one of Italy’s most popular amusement parks.

A fun and exciting  programme of events is planned to celebrate the 45th birthday of the park, and Masha and her big friend Bear will play a large role. Admirers of the duo will be able to meet their heroes in person, be photographed with them and have fun in Leolandia, the amusement park of choice for most Italian families.

With its six themed areas and 39 attractions for all ages, including a rich entertainment offering and attractions like The World of Animals and a miniature Italy, Leolandia, is the largest theme park in the northwest of the country and the fastest growing in Italy. It’s no surprise therefore that Leolandia and the stars of Italy’s most popular preschool television series should join forces.

Masha and her friend take centre stage at Leolandia on the back of exceptional figures for their television series and record earnings  — € 4.34 million in just 19 days — for their movie Masha and the Bear: Friends Forever. A 26 episode spin-off series, Masha Tales, began this month on Rai YoYo and the touring Masha and the Bear Live Show is reaching audiences in all of Italy’s big cities.

With a target audience of children aged 3-9, Masha and the Bear has enjoyed strong TV ratings in Italy as well as on-demand streaming on YouTube, Chili and Infinity, and a very popular Facebook page. A new spin-off series, Masha Tales, a film and a live tour have also been popular and kept brand awareness high, further boosting a very successful licensing campaign managed in Italy by Maurizio Distefano Licensing. Masha and the Bear is already one of the top licensed properties on the Italian market. Recent licenses include beachware, bicycles, bicycle accessories, confectionery, markers, colouring sets, umbrellas, bed linen, clocks and watches.

Maurizio Distefano, President and Founder MDL, says: “I am delighted that an amusement park that is such a favourite for Italian families has welcomed two of the most popular children’s characters to its birthday celebrations. This agreement underlines the success of the characters produced by Animaccord and the enormous awareness of Masha and The Bear that underpins a massively successful licensing campaign. I’m sure that we’ll be hearing much, much more from Masha and the Bear throughout 2016 and beyond.”