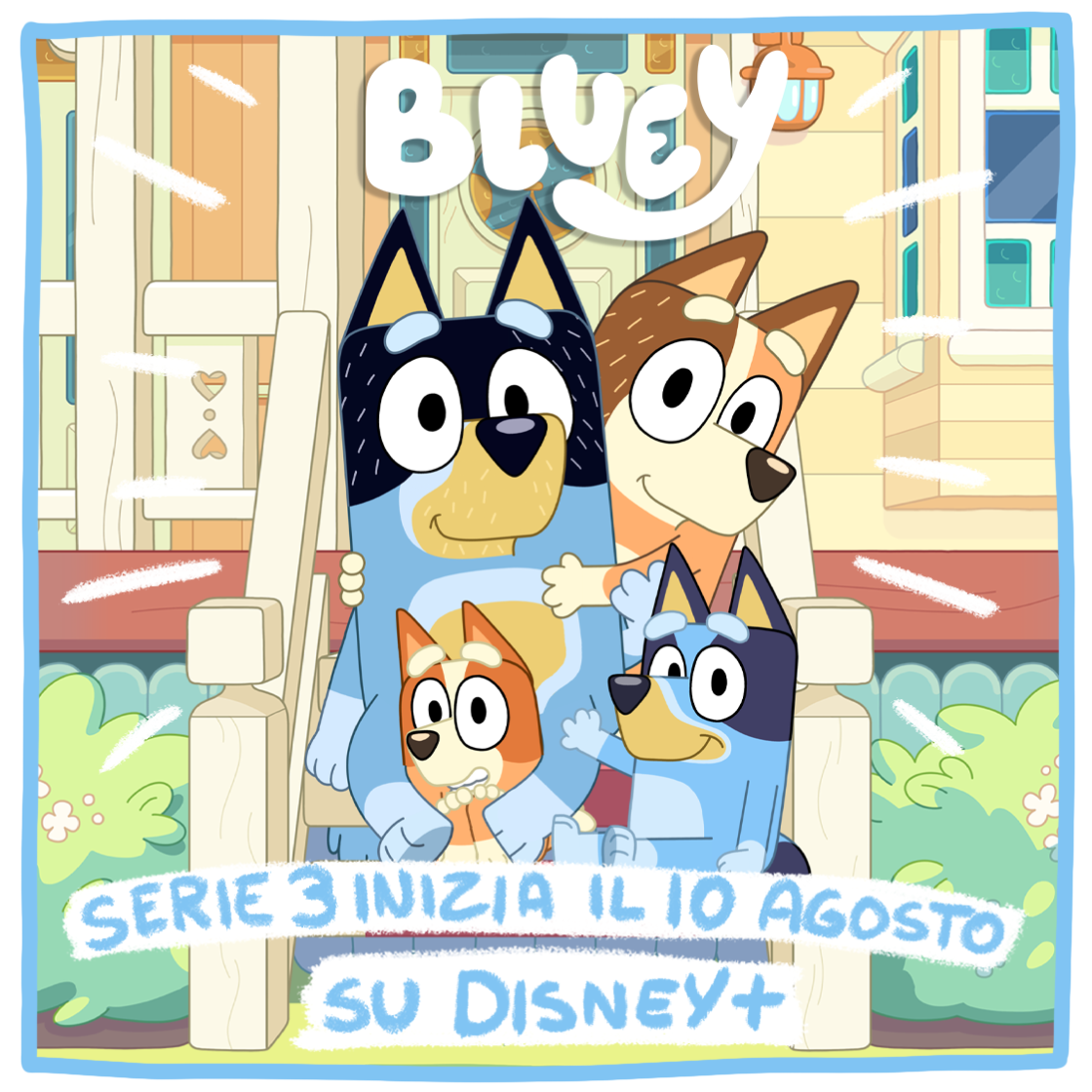 Maurizio Distefano Licensing, agent for Italy of Bluey, the Emmy® Award-winning sensation that has won over families worldwide, announces its Season Three debut on August 10 on Disney+ in Italy and around the world[1].

Created and written by Joe Brumm and produced by the multiple Emmy® Award-winning Ludo Studio for the Australian Broadcasting Corporation and BBC Studios, the new season of the breakout hit series will be split into two parts. The first features 25 seven-minute stories that will bring even more hilariously relatable everyday moments of family life to audiences everywhere. The second half of Season Three will be available at a later date.

“Love for Bluey has exploded among viewers across the globe, and we’re delighted to debut another exciting season that will give fans more opportunities to spend time with Bluey and family,” said Henrietta Hurford-Jones, Director of Children’s Content Partnerships, BBC Studios. “We’re so happy to be working with a partner like Disney that shares our enthusiasm for the series, which has become part of the cultural zeitgeist and a co-viewing winner worldwide.”

“We’ve been creating Bluey together for over five years at Ludo and every day is a privilege to turn up and create the show with each artist at the studio. We love this crew, we love this cast and we’re so proud and happy that their work is being welcomed and loved by homes around the world,” said Charlie Aspinwall and Daley Pearson, Executive Producers and Co-Founders, Ludo Studio.

Widely lauded by parents and press alike for its heartfelt and funny portrayal of family life and celebration of play, the series follows Bluey, a 6-year-old Blue Heeler dog, who loves to play and turns everyday family life into extraordinary adventures that unfold in unpredictable and hilarious ways, bringing her family – including younger sister Bingo and parents Bandit and Chilli – as well as friends and community into her world of fun and discovery.

The third season builds on the series’ first two multi-award-winning seasons with new friends and locations. The premiering episodes also include a range of home-based stories that reflect, in humorous and sometimes poignant detail, the usual and unexpected occurrences of everyday family life with relatable themes such as making dad a birthday breakfast, keeping promises, and getting one’s own bedroom. Season Three will also feature original takes on games, like Musical Statues and Pass the Parcel, among others.

Jointly commissioned by BBC Studios & ABC, Bluey is produced by Ludo Studio in association with Screen Queensland and Screen Australia.