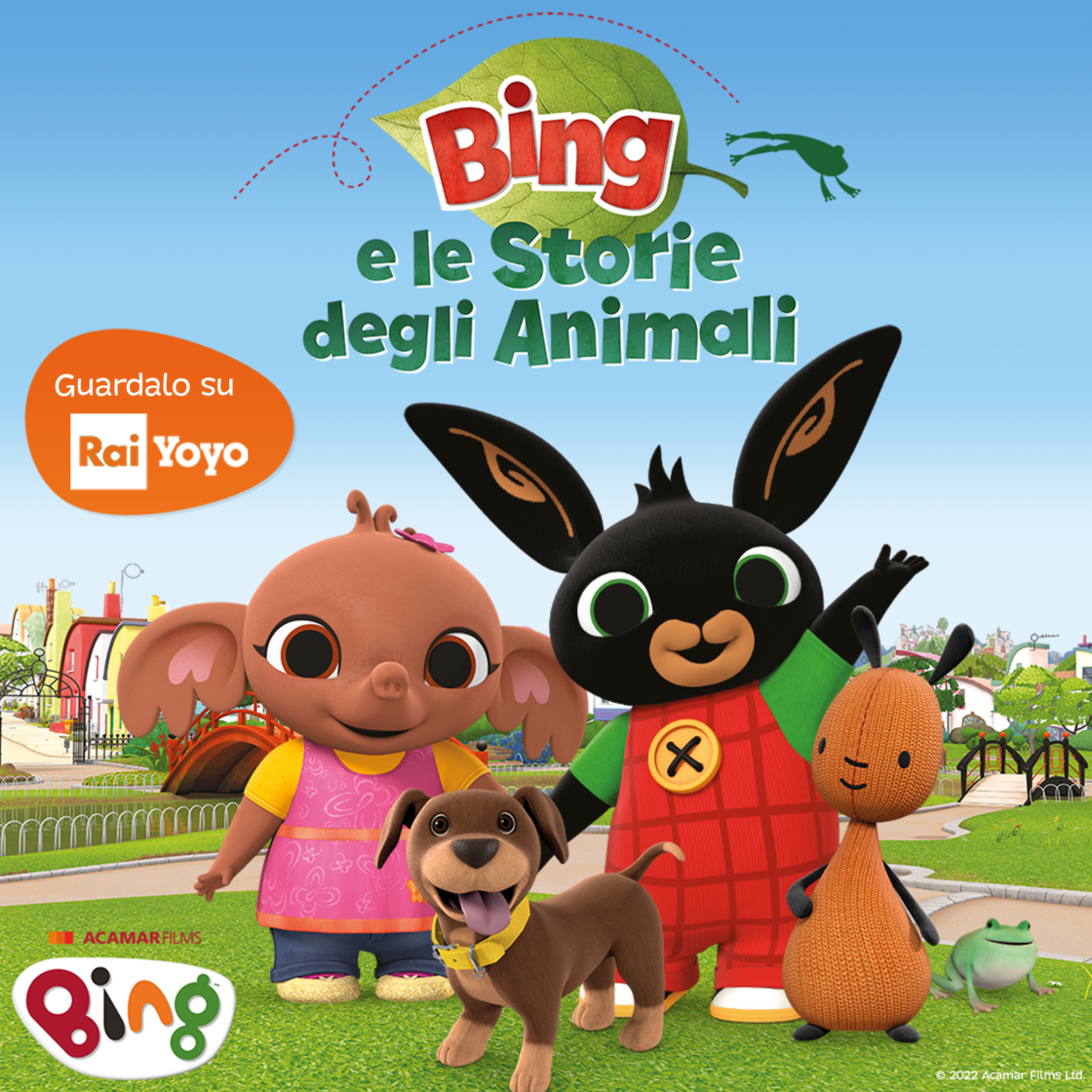 Acamar Films is pleased to announce that the film Bing’s Animal Stories will be broadcast on Rai Yoyo at 8:45 a.m. on Sunday, December 11, 2022.

Bing, currently the most popular preschool series on the Rai Play digital platform, has been a huge success in Italy since its launch in 2018, thanks in part to the management of its licensing program by the Maurizio Distefano Licensing agency.

Now, for the first time anywhere, a collection of Bing episodes made for movie audiences and with content never before broadcast on TV, will be available for free on TV for all Bingsters.

Bing’s Animal Stories contains seven episodes from all four Bing series and other content that was only available in the film version, which will be presented in September 2021.

But that’s not all. Viewers will also have the chance to help Pico put together Bing’s favorite animal album!

Annalisa Liberi, Head of Purchase Products at Rai Ragazzi, said, “We are very pleased to have Bing’s Animal Stories on Rai Yoyo, Italy’s leading television channel dedicated to children. Our young viewers love Bing and will enjoy looking for the answers to Pico’s riddles in Bing’s daily adventures”.

Eroulla Constantine, Director of Sales & Distribution at Acamar Films, said, “Allowing the enjoyment of a new Bing experience on Italian television is fantastic. We are sure Bing fans will love Bing’s Animal Stories and we are delighted that Rai Yoyo is our first partner for this special edition.”

Also on Rai Yoyo, airing for the third consecutive year at 9:40 a.m. on Sunday, Dec. 18, 2022, is Bing’s Christmas, where Bingsters and grown-ups can watch Bing and his friends make collages and play with snow.

Bing’s Animal Stories and Bing’s Christmas are currently available on Rai Play. Bing episodes will continue to be available on Rai Yoyo, Rai Play, TIMVision and DeA Junior, as well as Amazon Prime Video and, most recently, Disney +.