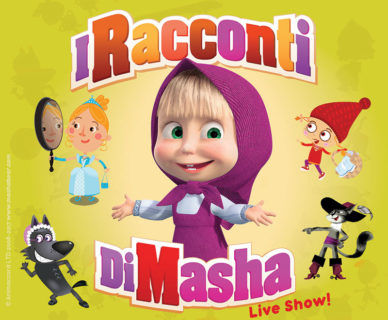 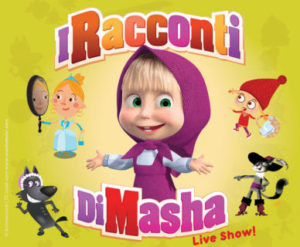 Masha’s Tales — the new Masha and the Bear live show — is on its way!

Following the enormous success of Masha e Orso Live — Masha and the Bear Live — across Italy, Maurizio Distefano Licensing, which manages licensing for the Masha and the Bear brand in Italy and Switzerland, has announced a new show starring the wildly popular children’s characters.

MD Licensing has once again signed an agreement with Ema Events Edoardo Lombardi, a leading name in the production of musicals and live shows, to produce the new show, which launches in October 2017 in major theatres across Italy.

The new show, called Masha’s Tales – The Masha Stories, will bring to the stage stories and folk tales from the imagination of little Masha — with, of course, some help from her friend the Bear. It will once again bring songs, dances and humour, a wonderful cast, superb scenery, state-of-the-art digital technology and thrilling choreography to the latest stage show to be based on one of the most popular children’s TV series in Italy.

The Masha Stories is expected to replicate the amazing success of Masha and the Bear Live, the funny and engaging Ema Events production that has been a box office hit throughout Italy since its launch in October 2015, appealing not just to kids but to the whole family.

The numbers linked to this success have been impressive: more than 170 shows during the two years of the tour, including 41 performances attracting over 40,000 spectators in the first eight months. There have been 40,000 hits daily on the show’s official Facebook page and more than 6 million visits in just eight months.

Edoardo Lombardi, General Manager of EMA Events Production and Communication, commented: “With Masha and the Bear Live we achieved something quite extraordinary: a successful live version of an enormously popular TV series. The Masha Stories will aim to achieve the same success, introducing all sort of innovations and surprises: even more special effects, even more artistic content — and even more fun!”

Maurizio Distefano, President, MD Licensing, said: “With Masha and the Bear Live EMA Events brought to the stage a show that was not just captivating but of the very highest quality. We are confident that the new show will once again combine the joy and humour of the animated series with the thrill of live performance for delighted audiences across Italy.” 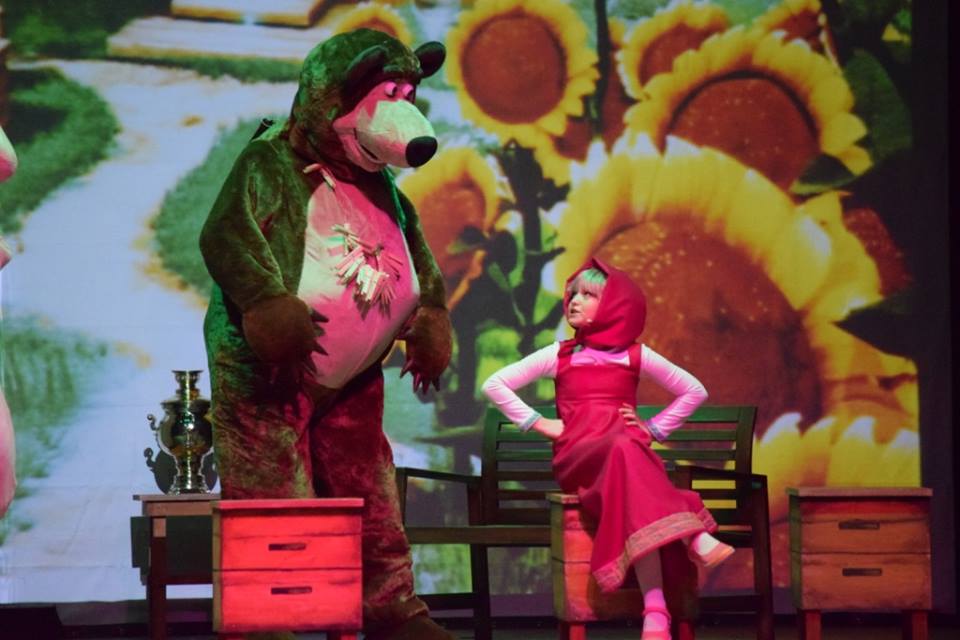