The animated series “Leo & Tig”, represented in Italy by Maurizio Distefano Licensing, builds on its success. 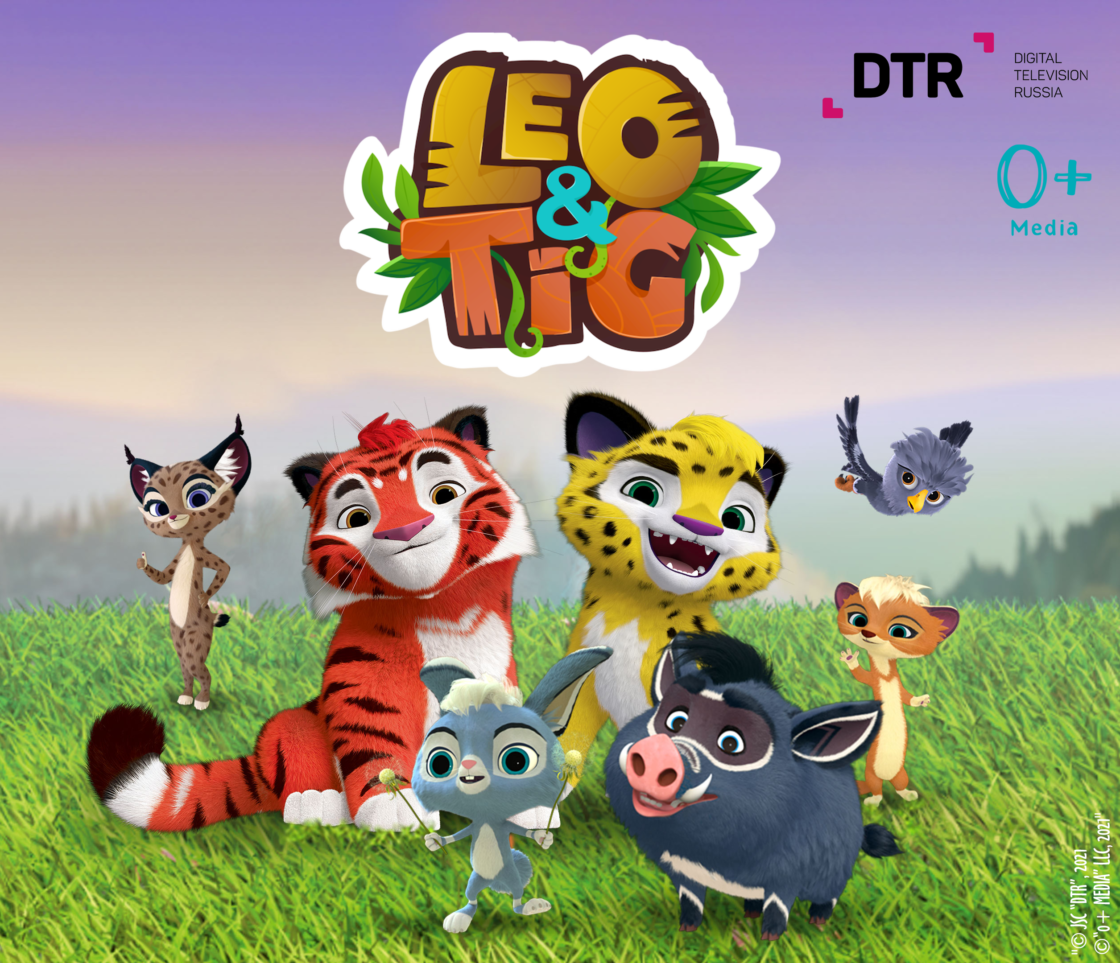 New episodes of the “Leo & Tig” animated series, created by Parovoz Studio and commissioned by Digital Television Russia Group, will be broadcast on two children’s TV channels in Italy and premiered in Switzerland.

The second season of the animated series “Leo & Tig”, which premiered successfully on the Rai YoYo TV channel in the summer of 2019, started on October 11. The channel is a part of the Italian state broadcasting corporation Rai.

The animated series “Leo & Tig” tells about the adventures of the little leopard Leo and tiger cub Tig. The animals’ lives are full of adventures, from which they emerge victorious, coping with their own fears and helping each other.

In the first season, the characters learn about the unusual natural environment of the Far East, unravel the secrets of the forest, and come to the aid of those in need. In the second season, Leo and Tig meet a Chinese monkey, LiLi, who has got lost and is in trouble. To help their friend return home, Leo, Tig, Mila, Jara, Martik, and Cuba go on a long journey to different countries.

Besides the release of the new season on Rai YoYo, “Leo & Tig” became available in digital space in Italy on TimVision, Telecom Italia’s streaming platform and one of the main aggregators of high-quality digital content. This would help to expand the brand presence in the region. The first season was launched on October 11.

The love and popularity of the Russian animated series among Italian viewers is also ensured by the cooperation of the 0+ Media company, a part of Digital Television Russia Group, who works with the licensing agency Maurizio Distefano Licensing, with several large Italian companies such as Play Press, Diramix, Mondadori, Grabo Balloons responsible for the production and sale of children’s products with the image of the cartoon characters.

Furthermore, young viewers from Italy and Italian speaking countries, including Switzerland, Malta, Monte Carlo, San Marino and the Vatican, will get a wonderful gift this Christmas: the DeA Junior pay TV channel, owned by one of the largest publishing houses De Agostini, will show the second season of the well-loved animated series, as well as New Year’s songs performed by the cartoon heroes in a new “Leo & Tig. Magic Songs!” show. The first episode of the “Leo & Tig” project premiered on the DeA Junior TV channel on December 13, 2020.

Moreover, on 25 August, the animation project “Leo & Tig” was made available to children in Switzerland in French on Radio Télévision Suisse (RTS) on 25 August. This became possible thanks to a deal brokered by APC Kids on behalf of Digital Television Russia Group and Swiss Broadcasting Corporation (SRG SSR), which includes the RTS TV channel. SRG SSR produces and broadcasts radio and television programs in Switzerland in French.

The “Leo & Tig” animated series gained popularity among young Russian viewers immediately after its premiere on the big screen in 2016 as part of the release of the film magazine MOOLT in cinemas. Over time, the story of two inseparable friends became known abroad. This year, the cartoon was shown in several new countries at once: in Israel on the Junior TV channel, in the YouKid app and South Korea’s JEI TV. In addition, another partner of DTR Beijing Joy Culture Media is distributing the project on digital platforms in China.