The episodes of the animated series, Leo&Tig, represented by Maurizio Distefano Licensing (MDL), launch on the Italian channel DeA Junior 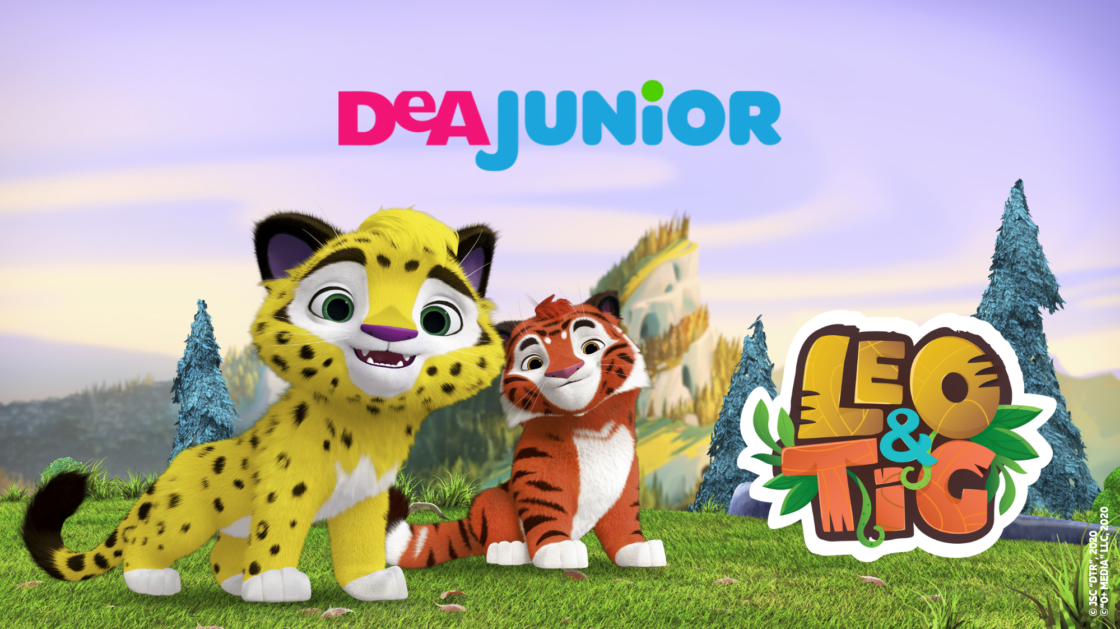 Young viewers of DeA Junior will have an amazing marathon of animation with the participation of Russian cartoon heroes during the Christmas holidays.

Digital Television Russia has signed the contract for the sale of rights to broadcast the 1st season of the animated series “Leo and Tig” on the paid Italian children’s channel DeA Junior, owned by one of the largest Italian publishing houses De Agostini, which has a great history of more than 110 years.

DeA Junior is an Italian TV channel and entertainment site for preschoolers dedicated to cartoons and fantastic stories, launched on March 18, 2012, on Sky Italia. The channel is available not only in Italy but also for Italian-speaking viewers in Switzerland, Malta, Monte Carlo, San Marino, and the Vatican. DeA Junior programs are entirely dedicated to a target audience aged 3-5 years old.

“Leo and Tig” is an animated series about the nature of the Far East and its inhabitants. There are two inseparable friends in the center of the plot – the tiger cub Tig and the little leopard Leo. The characters explore the amazing natural phenomena and unravel the secrets of the forest every day. With twisted adventures, Leo and Tig learn to be kind, friendly, to help each other and respect nature.

The big journey of the cartoon series through Italy began this summer when “Leo and Tig” was first shown on Rai YoYo children’s channel. Young Italian viewers and their parents were so fond of the adventures of the heroes. In August 2020, 0+ Media company, a part of Digital Television Russia, entered into an agreement with several Italian companies thanks to the licensing agent MDL, such as Play Press, Diramix, Mondadori, Grabo Balloons for production and sale of children’s goods with the image of kids’ favorite characters.

To date, in addition to DeA Junior, dozens of TV channels and digital platforms, including Netflix and the largest Asian online cinemas, have already acquired the rights to show the Russian animated series “Leo and Tig”. “After only a couple of months “Leo and Tig” already captured the attention of children and therefore also of licensees that immediately recognized its potential” states Maurizio Distefano, President of MDL, “we are confident that this property will continue its growth and bring great satisfactions in all different projects.