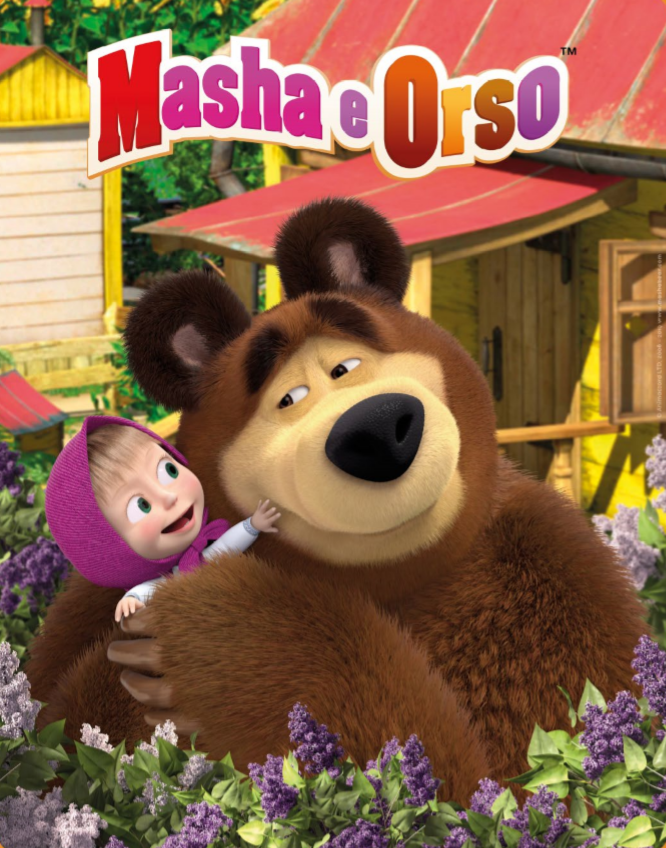 Maurizio Distefano Licensing (MDL), which manages licensing for the Masha and The Bear brand in Italy and Switzerland, has welcomed the arrival of series three of Animaccord’s hit pre-school property on one of the country’s leading kids’ television channels.

So popular is the brand that two spin-off series – Masha’s Tales and Masha’s Spooky Stories – have been created. Episodes of all three shows are also available on mobiles, PCs and tablets, and streaming on Infinity, a dedicated YouTube channel and the official Masha and The Bear Facebook page.

The success of the property has also been reflected in a a dedicated site at a major theme park, numerous promotional partnerships and, of course, a thriving licensing campaign. Masha and The Bear remains one of the most sought-after licenses in the children’s market; at present there are about 30 Masha and The Bear licenses in the Italian market alone. MDL has represented the property in Italy and Switzerland since its arrival in both markets.

The show is also building strongly in a number of other territories. In the UK, season three of Masha and The Bear arrived earlier this month on Cartoonito, while in Latin America the new episodes began airing on Cartoon Network and Boomerang in April. The new series is also due to arrive on KIKA in Germany in a primetime slot from June.

Maurizio Distefano, President, MDL, said: “Masha and The Bear’s continuing success in Italy after a number of years makes it one of the most successful pre-school properties of recent years in that market. MDL is delighted to be representing this classic property and looking forward to many more years of licensing and promotional success for Masha and The Bear.”