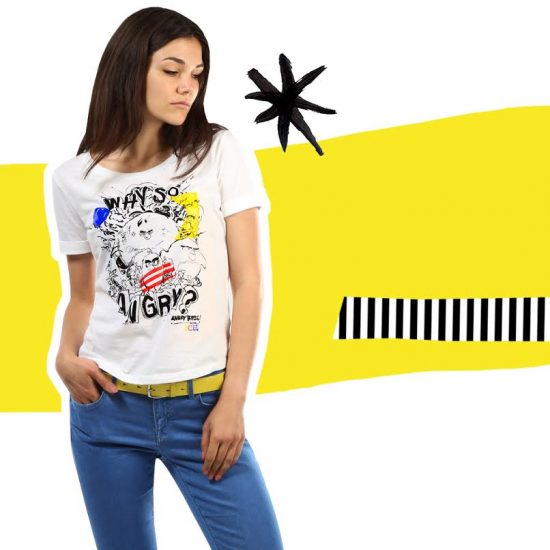 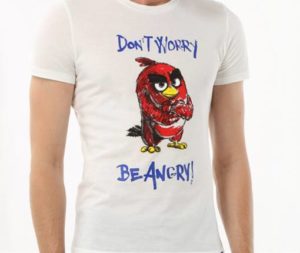 Gruppo Gilmar will develop a collection of Angry Birds-themed apparel for men and women. The collection is available online now on www.gilmarlab.it and in stores from December 2016. It consists of a set of t-shirts, sweatshirts and other items illustrated with images of Red and the Angry Birds stars.

Gruppo Gilmar is a leading name in the manufacture and distribution of quality clothing brands, both in-house, such as Iceberg, and licensed, such as the new Angry Birds collection. The company’s growth and development strategy includes a wide range of clothing categories, from high-end ready-to-wear to youth fashion lines, but always with keen attention to style, technology and communication.

The hilarious Angry Birds movie, produced by Rovio and distributed in Italy by Warner Bros. Entertainment Italy, reveals — at last — why the birds are so angry. The movie, directed by Nancy Kaytis Clay and Fergal Reilly, includes the voices of Italian stars such as Maccio Capatonda (as Red), Alessandro Cattelan (as Chuck) and Chiara Francini (as Matilda). The feature entered Italian cinemas on June 15, but is already recording excellent results around the world; in just 20 days it has grossed more than 300 million dollars.

Maurizio Distefano says: “This fabulous apparel line from one of the leaders in the Italian licensed clothing market is perfectly timed to meet the growing demand occasioned by the hilarious new Angry Birds movie and the continuing success of the Angry Birds brand across numerous other media.”